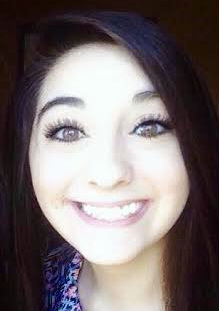 Epilepsy has not always been a part of my life, and I never thought it would be. December 11, 2012 was the scariest day of my life. I woke up and went to school. Then, I went to physical therapy, which I attend regularly because I have mild hemiplegic cerebral palsy which affects the right side of my body and left side of my brain, making it difficult for me to balance. The next thing I knew I was in an ambulance. An EMT told me that I had had a full blown grand­mal seizure and that I needed hospital care because I had never had a seizure before. I didn’t even really know what seizures or epilepsy were. I had no idea what was going on. Everything was moving so fast. And I was scared.

After weeks of testing, two weeks after my 17th birthday, I was diagnosed with Juvenile Myoclonic Epilepsy. That diagnosis was only the beginning. What followed for months were more seizures, doctors’ appointments, medication changes, and missed school.

The seizures, combined with my existing balance issues, had a huge effect on my life. I started losing the ability to walk. I couldn’t take showers or baths without my mom’s help. I started missing a lot of school. And people started treating me worse than they did when I was just the girl who had cerebral palsy, and that’s the saddest part of it all.
The administration at my school didn’t understand my new epilepsy diagnosis. They tried to force me to use a wheelchair, insisting it was for my “safety”, even after I told them I didn’t need a wheelchair multiple times. They cared more about protecting themselves than my personal autonomy. They consistently gave me a hard time about my attendance and did not understand that after I had a seizure it was hard for me to come into school the next day, even though I was a good student. At one meeting with the administration, my caseworker said in front of the whole faculty that I wouldn’t be able to do some things because I’m one handed and have so many disabilities. A few months after this, instead of helping me to succeed and stay in school, the school dropped me because of my attendance. I never thought I’d have these things to deal with at 17 years old.

But, I didn’t let any of that stop me.

I decided I wanted to prove people wrong. Every day, I slowly worked to improve my abilities. I gained back my strength. And I started showing people I can do a lot of the things they think I can’t do. Also, after trial and error, I finally found the right mix of medications for my epilepsy. This year was my year to get everything all together. I have been walking on my own since I moved to Florida this year. I also have been seizure free for two years and no longer need help with anything. It just goes to show that you can’t let stigma stop you.